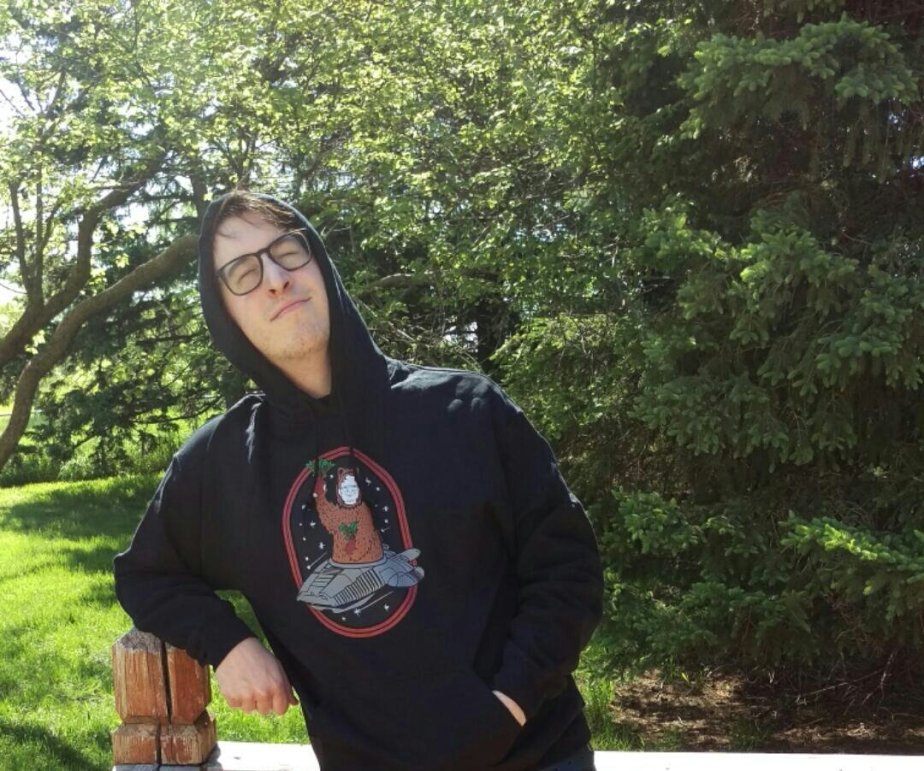 Zach Willard is an artist from Omaha, NE. He isn’t a fan of the artist bio on portfolio sites that are done in third person, typically going on about formative years and acting like someone else wrote it. Plus he wouldn’t have someone else write it anyway. Oh well he’ll survive.

Zach received his BFA from the Creative Center in 2012 focusing on graphic design, and was awarded both an AIGA and an Addy award for work completed during his education. During that time also developed a fondness for creating art within the animated .gif format and various forms of glitch art. He has since created thousands of art gifs and many animated and static glitch-based works.

In addition to a large mass of digital works, Zach also creates art in the form of mixed media works on canvas, printed clothing, art books, and lenticular prints. The majority of his work is focused on experimenting with distortion-based methods of creation and the use of vibrant colors as he is mildly red-green colorblind (Deuteranopia).